From Cyprus to America

Day 1 – Arrive Washington D.C. (2 nights)
Welcome to Washington D.C.! You’ll love this Leisurely Tour itinerary with the just-right combination of guided sightseeing and leisure time to pursue your personal interests. Your tour begins with a complimentary transfer to your hotel. This afternoon, your Tour Director will be at the hotel to greet you and answer any questions. Join your Tour Director and fellow travelers at 6 p.m. for a welcome drink at the hotel.

Day 2 – Washington DC Sightseeing & at Leisure
Start your day with a locally guided tour of the capital city’s most famous landmarks, viewing the White House, the Washington Monument and the National Mall, with visits to the inspirational Lincoln and World War II memorials. Then step aboard the Tourmobile to visit Arlington National Cemetery and learn about the final resting place of the nation’s heroes. View President Kennedy’s grave and the eternal flame and watch the changing of the guard at the Tomb of the Unknowns. The rest of the afternoon is free to explore the city at your own pace. Perhaps pop into at least one of the Smithsonian Institution’s 19 museums and galleries. Check out the lunar space exploration vehicles at the National Air and Space Museum or the gigantic dinosaurs and the Hope Diamond at the Museum of Natural History. Or people watch, shop and walk along the canals at charming Georgetown. The choice is yours and your Tour Director will be happy to help you plan your afternoon. This evening, recount your adventures with your fellow travelers at a special dinner at a local restaurant.

Day 3 – Washington DC – Philadelphia
NEW YORK CITY (2 nights)
Set out for Philadelphia, “The City of Brotherly Love,” home to Benjamin Franklin and the site of the first capital of the United States. Starting with a visit to the National Constitution Center, explore Independence National Historic Park and see such great icons of American history as the cracked Liberty Bell and Independence Hall where the founding fathers signed the Declaration of Independence in 1776. This afternoon, arrive in New York City, “The Big Apple.” Take it easy or dive into the action of Times Square.

Day 4 – New York City Sightseeing & at Leisure
Get acquainted with New York on a locally guided tour of its most famous attractions, starting with Battery Park and views of the Statue of Liberty, the former site of the World Trade Center and future home of the Freedom Tower. You’ll marvel at the mighty Empire State Building, Chrysler Building and beautiful Central Park. Ascend 70 stories to the Top of the Rock observation deck to take in the spectacle of midtown Manhattan. The rest of the day is at your leisure, so it’s all up to you. Explore Central Park, browse the galleries at the New York Metropolitan Museum, take in a Broadway show, shop or simply relax.

Day 5 – New York City – Newport – Boston (3 nights)
Depart for a visit to the historic Colonial city of Newport, Rhode Island, which gained notoriety as a summer vacation enclave for the east coast’s wealthiest during the 19th century and later as “the yachting capital of the world.” Enjoy browsing the city’s quaint waterfront and cobblestone streets with their inviting shops and galleries. Travel along Ocean Drive, lined with the Gilded Age mansions of America’s wealthiest families before visiting The Breakers, the opulent mansion, built as the summer home of Cornelius Vanderbilt II of the wealthy American Vanderbilt family. Continue on to Boston, one of America’s oldest cities, still affectionately referred to as Beantown for its 18th century specialty — baked beans in molasses.

Day 6 – Boston Sightseeing & at Leisure
Step into Colonial history on this morning’s sightseeing tour highlighting the city’s landmarks and the famous Freedom Trail, where you’ll learn the intriguing history of the American Revolution. View the historic brownstone neighborhoods of Back Bay and the infamous revolutionary battle site of Bunker Hill. This afternoon, take a tour of Samuel Adams Brewery and taste a variety of Samuel Adams beers including its signature Boston Lager. Tonight is free to enjoy Boston nightlife on your own — perhaps explore the city’s lively Back Bay and North End neighborhoods or Fanueil Hall Marketplace for dining and shopping at your leisure.

Day 7 – Boston at Leisure
Today is free for you to do your own thing. Perhaps sleep in a bit and take a walk through Boston Common, visit the USS Constitution, or, check the calendar, and if you’re lucky, you might even catch a day time Red Sox home game at Fenway Park. Or, join your fellow travelers on either of two optional excursions: a tour of the historic campus of Harvard University, the nation’s oldest institute of higher learning, or a trip to Salem, home to the notorious witch trials of 1692. Tonight, say goodbye to your newfound friends at a farewell dinner at a local restaurant. 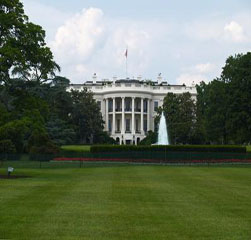