From Cyprus to China

Arrive in Beijing. Meet and assist. You will be transferred to your hotel by our professional guide. Rest of the day is free at leisure.

City tour to Tiananmen Square, the largest square in the world. Visit Forbidden City, an imperial palace of Ming and Qing Dynasty. Visiting also Summer Palace, which is by far the best-preserved imperial garden in China.

Visit Temple of Heaven, here ancient emperors prayed for good harvest. Take a richshaw tour of the Hutong- the narrow backstreets of Beijing, where you can experience the real life of local people. The rest of the day is free at leisure. Transfer to airport for domestic flight to Xi’an for next two nights.

Transfer to the airport for domestic flight to Shanghai. Today you will see the Yu Yuan Garden, the old city area, the Bund and Nanjing Road.

This day is free at leisure to discover Shanghai.

After breakfast transfer to Shanghai airport for the return flight back. 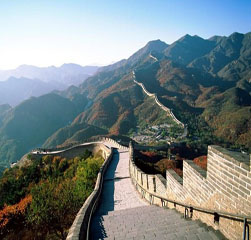 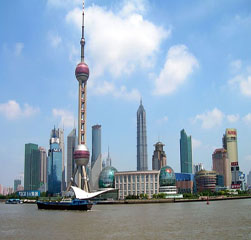 Travel to China is a must in a person's life. In this exiting, interesting and rewarding experience the experts' team of China Comfort travel wants to provide you with some basic information that will hopefully be of assistance to both novice and experienced travelers.

China is the oldest uninterrupted major world civilization, with records dating back over 3,500 years. Successive dynasties developed a system of bureaucratic control which gave the agrarian-based Chinese an advantage over neighboring nomadic and hill cultures. Chinese civilization was further strengthened by the development of a common written language that bridged the gaps among the country's many local languages and dialects.

The People's Republic of China

The People's Republic of China (PRC) was established on October 1, 1949, with Beijing as its capital city. It is the third largest country in terms of territory, bordering most Asian countries and Russia. China is undergoing rapid, profound economic and social growth and development. Political power remains centralized in the Chinese Communist Party.

The Chinese Government is subordinate to the Chinese Communist Party (CCP); its role is to implement party policies. The primary branches of state power are the National People's Congress (NPC), the President (the head of state), and the State Council. Under the Chinese constitution, the NPC is the highest branch of state power in China. When the NPC is not in session, its permanent organ, the Standing Committee, exercises state power.

With well over one billion citizens, China is easily the world's most populous country. The largest ethnic group is the Han Chinese, who constitutes about 92% of the total population. The remaining 8% are Zhuang, Manchu, Hui, Miao, Uygur, Yi, Tibetan, Mongol, and Korean.

Slightly smaller the US, China's vast territory spans five times zones from the west to the east. For the purpose of convenience, Beijing Standard Time (GMT+8) is used throughout the country (13 hours ahead of New York and two hours behind Melbourne)

Credit cards are accepted in most establishments as a form of payment trough out the country. Master Card, Visa Card, American Express Card, JCB and Diners Card are the most used ones.

You can also withdraw RMB at braches of the Bank of China, ATMs (Automatic Teller Machine) or some appointed shops with your credit card or with your European EC (electronic cash) card. We suggest you inform yourself at your local bank for further information.

There is no limit on the amount of foreign currency you bring to the country but you must declare this amount when entering China.

You can only exchange money with your original passport at officially appointed banks and shops. Keep the exchange receipts. You will need them when having the RMB converted back into your own currency when leaving China.

Bring as little as possible. The huge variety of products available in China's markets will probably stimulate your shopping activities. Hence, you want to have as much capacity as possible to avoid excess baggage on your way back home. However, articles of personal use from your usual brand can be difficult to find in some rural areas. We suggest you bring articles like: personal tooth brush, bathing articles, contact lens solution, daily toiletries, suntan oil, shaving items, disinfectant tissues and bandage.

China's climate can be bitter cold during winter or extremely hot during summer. There is actually no one times in the year when the weather is ideal. The Yangtze River serves as China's official dividing line between north and south. The warmest areas in winter are the South and Southwest, such as Sichuan, Xishaungbannai in Yunnan, and Hainan Island. However in summer these areas can be unbearable hot. In summer the coolest spots are in the far northeast and Heilongjiang. In winter these areas are extremely cold reaching down to -40°C. For instance, in Beijing temperatures can reach -20°C very dry and no sun in the winter and 38°C very hot and sunny in the summer.

Tap water in China is not drinkable. However you can buy bottled mineral or pure water in every hotel, shop or kiosk. A 1liter bottle costs about 3

China has one of the lowest crime rates in the world. There is a strict gun control and protection measures against terrorism. However, in bigger cities pick-pocketing and purse snatching are quite common in crowded areas such as railway stations, shopping centers, sightseeing destinations, busses and so on. General precaution measures are:

Keep an eye on your purse or bag at all times

Do not show your money in public. Try to carry small amounts each time you go out.

Leave your valuables in a safe place.

You do not need to carry your passport at all times. A copy of it works too.

Avoid traveling to places not opened for tourists.

During your stay in China, you should make use of the following telephone numbers in case you need to:

There are post offices in cities and towns throughout the country. Express mail services like DHL, TNT, FedEx are also available.

In China you can find available telephones in Hotels, post offices and street Kiosks. From these you can also make international call. IP cards can be bought in post offices and are especially convenient for long-distance calls.

In bigger cities you can find internet access points like cyber-shops and business centers in Hotels where you can connect mostly 24/7.

Those who carry such special articles as microorganisms, human body tissues, biological products, and blood and its products, should declare to a quarantine department, and subject these articles to quarantine inspections. Passengers from yellow fever-infested areas should, when entering China, display to the quarantine department effective certificates showing that they have been inoculated against yellow fever. He who does not have such a valid certificate shall be retained for observation for six days beginning from the day he left the infested area, or he shall be inoculated and retained until the certificate comes into effect. It is the task of the Chinese quarantine authorities to prevent foreigners suffering AIDS, venereal diseases, leprosy, mental diseases and open tuberculosis from entering China.

In the big cities Hospitals and clinics meet high standards of medical care. However, in some rural areas this might not be the case. At all events, we suggest that you check your health condition before departure to avoid unnecessary health issues.

We also recommend you consult your doctor for required immunizations.

Voltage in China is 220V, 50 HZ. Furthermore there are two kinds of sockets, flat blade plug and V-shaped flat prongs. In any case we recommend you bring a plug adapter with you if your plugs don't match this description. 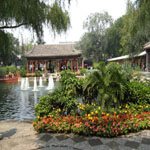 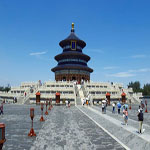 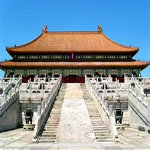