Day 1: Arrive Colombo meet at the airport the guide and transfer to the Hotel in Negambo
approx. ½ hour drive . Dinner and overnight.

Day 2: This morning after breakfast proceed to Kandy approx. 3 ½ hours drive. On the
way visit the Pinnawala Elephant Orphanage and Mawanalla spice garden. Check in
at the Hotel, in the evening you can visit the Temple of tooth relic that is believed
that the left canine is the tooth of Budha himself. Dinner and overnight.

Day 3: Early morning continue to Nuwara Eliya approx 3 hours drive, which is Sri Lanka’s
most popular hill resort and the heart of the famous Ceylon Tea. Dinner and overnight at the Hotel.

Day 4: After breakfast will proceed to the coastal town of Bentota . Aprrox 6 hours drive.
Rest of the day at leisure. Dinner and overnight.

Day 6: After early breakfast will proceed to Colombo approx. 2 hours. Today you will visit all the important points of this city with the British colonial buildings the bazaars and buddhist temples. Dinner and overnight in Colombo.

Day 7: Early afternoon transfer to the airport for departure.

Please note all vehicles we use are generally Japanese Toyota, Nissan, Mazda or Mitsubishi cars in very good condition which are 5 to 10 years old. These are generally the vehicles used in the industry inSri Lanka. However in the event if a client requests for a new car than this (0 to 5years old) we would charge a supplement as follows; 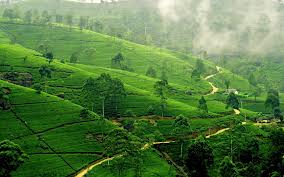