Upon arrival at Colombo International Airport, you will be met by our representative and transferred to Kandy. En route visit the Pinnawala Elephant Orphanage, where more than 60 orphaned & injured elephants are cared for. You could be a part of their daily routine by bottle feeding the young ones or by lending a hand to bath them in the nearby river.  Proceed to Kandy.

–Visit the Udawattakele sanctuary. Udawattakele Sanctuary, often spelled as Udawattakele, is a historic forest in the city of Kandy. During the days of the Kandyan kingdom, Udawattakele was known as “Uda Wasala Watta” in Sinhalese meaning, “the garden situated above the royal palace”. The sanctuary is famous for its extensive avifauna. The reserve also contains a large variety of flora species. The forest is also of religious importance as there are a three Buddhist meditation hermitages here, and a few ancient or mediaeval rock shelter dwellings for Buddhist monk hermits. Udawattakele was designated as a forest reserve in 1856, and it became a sanctuary in 1938.  Roam around Kandy city; make a stop at the arts and crafts center, a gem museum and lapidary, the downtown bazaar and Kandy Lake.  Breathe in the clean air by the Lake while enjoying the breathtaking view of the city. Late evening, visit the Temple of tooth and enjoy a cultural dance show. Temple of the Tooth, with its guardian elephants is a deeply significant Buddhist site that contains a tooth of Buddha collected from his funeral pyre and draws thousands of pilgrims from across the world.

Check into hotel (Kandy) for dinner and overnight accommodation

Morning after breakfast hops on the Train and admire the awe-inspiring sceneries of the hill country (observation deck on availability). With its cool mountain climate Nuwara Eliya became the favorite hill station of the British during their rule. Upon arrival set off on a guided tour of Nuwara Eliya; the most famous Ceylon tea is produced in this area. Visit a Tea Factory and a tea plantation; find out how tea leaves end up in a steamy hot cup. Don’t forget to grab a few fresh tea packets on your way out. Visit the Peradeniya Botanical Gardens, 147 acres in size, is responsible for the largest collection of flora in the South East Asia. Check into hotel (Hill Country) for dinner and overnight accommodation.

optional  (Price for Horton Plains is not included in the package. See below for the additional supplement)

Horton Plains Could Forests. Spread over 3169 hectares these quite and mysterious wet zone plains in the south central hills are a paradise for treks. Forming a plate au within some of the highest mountain peaks in Sri Lanka, the south part of the plains comes to an abrupt end, dropping over 700 m straight down. This spectacular place is called the “World’s End”. Leopards, herds of Sambar and Bear monkeys live in the plains. A variety of birds can also be seen here. Grassland dominates the plains with pockets of forest cover with unusual vegetation spread out in areas. Horton Plains is a place of a very special desolate type of beauty.

Evening safari of the Yala National Park by jeep.  Yala is the largest National Park in Sri Lanka which is the home for wild elephants, wild boars, wild buffaloes, leopards, bears, deers and crocodiles.  Large flocks of migratory and indigenous birds are also found here.  Check into hotel (Tissamaharama) for dinner and overnight accommodation

Early morning leave for Mirissa for Dolphin watching – optional (Price for dolphin watching is not included in the package. See below for additional supplement)

Normally, total trip duration is 3.5 hours to 4 hours; it will depend on sea condition. Morning session will start at 6.30 am and you are expected to report to the office at 6.20 am with passports numbers. The best place for Dolphin Watching is Dondra point which is close to Mirissa town. The best months for spotting Dolphins are December and January and you have a good chance in March and April as well. You will mostly see Spinner Dolphins here.

Proceed to Colombo.  To conclude the tour, you will be transferred to Colombo for last minute souvenir shopping and then dropped off at Colombo International Airport for your departure flight or proceed to a beach hotel.

Please note all vehicles we use are generally Japanese Toyota, Nissan, Mazda or Mitsubishi cars in very good condition which are 5 to 10 years old. These are generally the vehicles used in the industry in Sri Lanka. However in the event if a client requests for a new car than this (0 to 5years old) we would charge a supplement as follows; 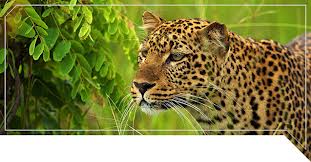