From Ancient Rome the othe thoroughly modern day fashion stores, this is the Eternal City.  Home to the Vatican with Saint Peter’s Basilica and the Sistine Chapel. Rome’s cultural riches included the Colosseum, the Pantheon, the Spanish steps and the romantic Trevi Fountain. 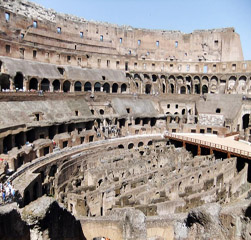 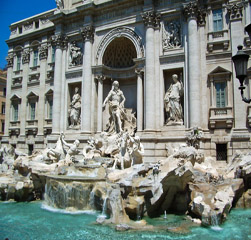 Prices are subject to change without prior notice. Flight supplement may apply subject to seat availability.
Christmas and New Year Periods supplement applies

• Language: Italian as well as German, French and Ladin in some regions in Northern Italy.

• History: The country has a long history, as Rome its capital city today was founded in 753BC. After the Roman Empire broke down in 395AD, there were many separate kingdoms and city states. However, Italy became one nation only in 1861 and since then includes the islands of Sicily and Sardegna. It was a kingdom until 1946 after the second World War, where Italy sided with the German Nazis. Italy is founding member of the European Union (EU) and the NATO.

• Geography: In the North, the mountain range of the Alps separates Italy from the other European countries France, Switzerland, Austria and Slovenia.  The highest mountain of Italy can be found in the Alps. It is the Monte Bianco, better known as Mont Blanc, which is 4,807m. There are many long and deep lakes in the North of Italy, bevor the country flattens in the Po Valley. The Po is Italys longest river. The Apennines are another big mountain range which go all along the boot and separate the East and the West of the country.  In the South of Italy you will find Italy’s three active volcanoes: Vesuvius near Naples, Etna on Sicily and Stromboli off the Coast of Italy. Italy is subdivided in 20 regions, like Tuscany, Veneto (around Venice) and Lazio (around Rome).