Upon arrival to airport meet our representative and transfer to hotel in Jerusalem for an overnight.

Through remarkable scenery of the Dead Sea we’ll continue to Masada which is situated right on an isolated cliff in the Judean Desert. The site has been declared as a UNESCO World Heritage Site in 2001. Ascend by cable car to the fortress, which was the last stronghold of the Jewish Zealots in their war against the Romans.  Visit the excavations, King Herod’s palace, the synagogue, bathhouse and much more. Enjoy the breathtaking view of the Roman camps and the Dead Sea. En route to the Dead Sea, you’ll see the site of the Qumran Caves where the Dead Sea Scrolls were discovered. Nearly 1,300 feet below sea level, the Dead Sea is the lowest point on the earth’s surface. Bring your swimsuit as if weather permits it’s possible to “float” on the salty , mineral rich, water. Return to Jerusalem for an overnight.

Start the day with a panoramic view of Jerusalem from the top of Mt. of Olives. On to the Garden of Gethsemane and Church of the Agony. Continue to Israel Museum’s Shrine of the Book with the famous Dead Sea scrolls, then a visit to the beautifully renovated Model of the Herodian city of Jerusalem, dating back to the time of the Second Temple. Continue to Yad Vashem (the memorial to the six million Jews who were killed in the Holocaust). Afternoon visit to the picturesque village of Ein Karem , the birth place of John the Baptist. Return to Hotel.

Walk through one of the Gates to the walled Old City: the renewed Jewish Quarter; the Western Wall, the Temple area; the colourful bazaars; Via Dolorosa and the Stations of the Cross ending at the Church of the Holy Sepulchre. Drive to Mt’ Zion and visit the tomb of King David, the Room of the Last Supper and Dormition Abbey. Afternoon continue to Bethlehem* to visit the Church of the Nativity and a view of the shepherds fields. Return to Jerusalem for overnight.

Leave Jerusalem, and drive north via Jericho*, the oldest city in the world. Then via the Jordan Valley to Beit Shean. Visit the excavations of this beautiful Roman City. Proceed to Nazareth to visit the Church of the Annunciation & Mary’s Well. On to Safed, city of the Kabala, for a walk through the mystic alleys and the artists’ colony. Drive to Kibbutz Hotel for overnight.

Day 6: FRIDAY – Golan Heights – and around the Sea of Galilee

Drive to the Golan Heights. See the former Syrian fortifications, and the Druze villages. Via Banias, source of theJordan River , drive to the shores of the Sea of Galilee, to Capernaum. Visit the ruins of the ancient synagogue and Peter’s House.   Visit Tabgha , where the miracle of the Fish & Bread took place and Mt Beatitude. After a short tour of Tiberias the old center of Jewish learning.  Return to the Kibbutz hotel for overnight.

After Breakfast drive west to Acre for a visit of the old, famous Crusader stronghold and medieval fortifications. Continue to Haifa for a sightseeing tour, including the Bahai Shrine, Persian Garden and Mount Carmel for a panoramic view of the city. Proceed southwards to Caesarea to visit the Roman Theatre and the Crusader fortress. Continue to Tel Aviv- Jaffa for a short city tour and to hotel for overnight.

After breakfast transfer to the airport for departure.

Sequence of visits are subject to change 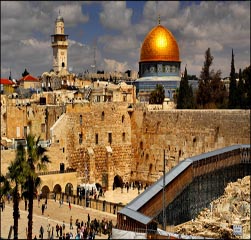 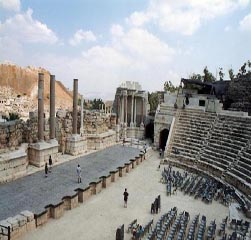 The main international airport is Ben Gurion and is located 20 minutes from Tel Aviv approximately 45 minutes to Jerusalem.

Taxis can be a good way to get around Israeli cities. Only use licensed taxis which must be metered and always insist that the meter is switched on. Buses are also a cost effective way to travel within the cities and from one city to another.

The Israeli people are friendly and welcoming to tourists. Whilst English is widely spoken, a few words of Hebrew do not go astray. The typical greeting Shalom is used to express hello and goodbye.

There are no special health warnings or vaccinations required for visitors to Israel. However it is advisable to consult your medical practitioner well ahead of your departure time for advice and the latest health warnings.

The official languages of Israel are Hebrew and Arabic.

The currency in Israel is the New Israeli Shekel which is divided into 100 Agorot. US dollars are commonly accepted as local currency and many Israeli merchants will quote prices in USD as well as shekels. Bank hours are Sunday to Thursday from 8.30am-12.00pm, and Sunday, Tuesday and Thursday from 4.00pm-6.00pm.

A valid passport is the only official document required for some European passport holders. An entry permit valid for three months will be issued on arrival. Please note that it is common practice to request a “loose leaf” visa if you do not wish to have an Israeli entry stamp in your passport. This is advisable as there are countries which will not permit entry to anyone with an Israeli stamp in their passport, such as Lebanon & Syria.

Some of our favourites

A modern state and an ancient land, Israel is home to the three monotheistic religions of Judaism, Christianity and Islam, however the official religion is Judaism.

Crime is rare in Israel and in that regard Israel is a safe country. Due to the political situation, however, it is necessary for visitors to inform themselves of Government travel warnings. It is also not advisable for visitors to enter the Palestinian Territories.

Tipping is the normal custom in Israel, below are our recommendations;

Below are the average minimum/maximum temperatures for Jerusalem in °C

There are no special requirements in Israel with respect to dress. Entrance however to religious sites is however not permitted to anyone dressed immodestly; men and women should cover their legs, shoulders, and necklines. In Jewish places of worship men should cover their heads. In Christian places of worship people in shorts and sleeveless tops will not be allowed to enter. 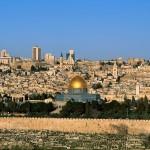 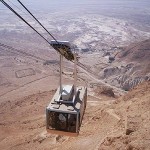 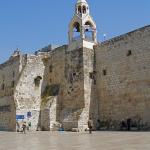 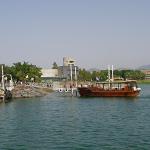