Day 1: Departure flight from Larnaca or Pafos to Beirut. Transfer to hotel.

Day 2: Guided tour of Byblos, the worlds’ oldest continuously inhabited town. Visit the fisherman’s harbour, the crusader castle, the Church of St. John the Baptist, Phoenician temples, Roman theatre and the souks. Visit Jeita Grotto (nominated to be one of the seven wonders of the natural world). Proceed to Harissa (one way by cable car), see the panoramic view of Jounieh bay. Lebanese lunch included.

Day 3: Guided tour of Baalbeck, Anjar and Ksara. Drive through the Bekaa valley and visit the colossal monument of Baalbeck, the winery at Ksara and the fortified city of Anjar, known as “The Palace of the Desert”. Lebanese Lunch included.

Day 4: Free at leisure. Transfer to airport for departure flight from Beirut to Larnaca or Pafos.

Flights are from Paphos every Friday and from Larnaca daily. 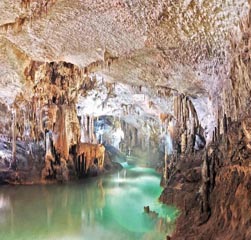 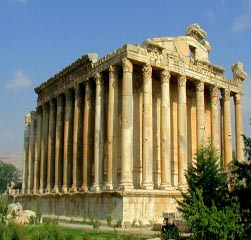 Lebanon was as much a cultural melting pot in past centuries as it is today. The country benefits from a rich history, to which a number of archaeological treasures still stand testament. Many civilizations have thrived in Lebanon throughout the ages and within its modest borders are numerous historic and cultural attractions.

Lebanon enjoys a mild mediterranean climate with a moderate rainy winter (October to March) and long warm dry summers(April to September). The country enjoys an average of 300 sunny days a year, with July and August being hot and humid, and almost no rain between June and September. Winters are generally cool with heavy rain on the coast and snow in mountains.

Lebanon is a developing economy, with a private sector that contributes to 75% of aggregate demand and a large banking sector that supports this demand. The major industrial sectors include metal products, banking, agriculture, chemicals, and transport equipment. Lebanon has a competitive and free market regime and a strong laissez-faire commercial tradition. It is a service-oriented economy with the main growth sectors being banking and tourism.

Lebanon is part of Southwestern Asia, and it is located at approximately 35˚N, 35˚W, stretching along the eastern shore of the Mediterranean Sea. Its length is almost three times its width; as it stretches from North to South so the the width of its terrain becomes narrower. Lebanon's mountainous terrain, proximity to the sea, and strategic location at a crossroads of the world were decisive factors in shaping its history.

Like any mountainous country, Lebanon's physical geography is complex. Landforms, climate, soils, and vegetation differ markedly within short distances. There are also sharp changes in other elements of the environment, from good to poor soils, as one moves through the Lebanese mountains.

Lebanese medical care is well known for its quality. Hospitals, clinics and well supplied pharmacies can be found in all towns.

The risk to tourists from petty or violent crime is moderate, and as with travel to any destination it is necessary to practice sensible precautions with regards personal safety.

ATM’s are found in all larger towns, and are the best way to access cash. ATMs accept credit cards or co-branded home banking cards for Cirrus, Diners Club, Maestro, MasterCard, Visa and Visa-Electron and dispense cash in both Lebanese Pounds and US dollars.

All major credit cards are widely accepted, with the possible exception of budget hotels and restaurants which may not. 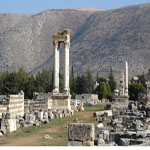 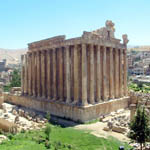 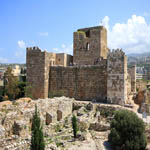