Discover The Island – from East CyprusView all Country Tours >>

A unique day out that gives you the chance to visit some of the most beautiful parts of the island!

First we drive to Nicosia, the capital of the island, where you will have free time to stroll around the Old City within the Venetian walls.  You may cross the checkpoint (also known as the Green Line) that has been dividing Nicosia into two since the Turkish invasion in 1974.  Passports required to cross over to the Turkish occupied area.

Continuing our journey towards Troodos Mountains, we stop at Virgin Mary of Asinou Church, a UNESCO World Heritage Site with it’s amazing frescoes.

Our next stop is Troodos Mountains Square, where free time will be given for lunch (optional extra). Situated right in the green heart of the island, this location offers breathtaking mountain views. We then visit the picturesque Lania village where you will have the chance to taste and buy some of the best Cypriot wine.

The return journey will take you to Limassol, the second largest town of the island, where you will have free time to explore the beautiful coastal town.

NOTE: Passports required on this tour as shown at the checkpoint crossing 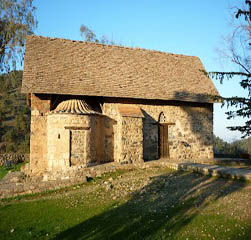 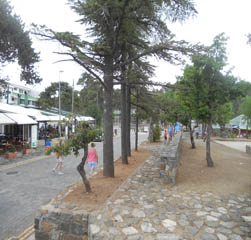 - pick up from your hotel in Ayia Napa, Protaras, Larnaca 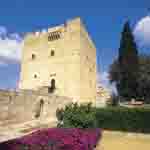