Every Saturday.  Valid until March 2020.

Tours are shared with other English speakers and operate subject to enough participants and to weather conditions in the mountains. Please book a few days before, not too far in advance. Will reconfirm if operating 24 hours prior to tour date.

Join us for one of our most popular trips and discover the beauty of Troodos Mountains!

Our first stop is Nicosia where free time will be given for a stroll in the Old Town Center or a walk up to the barrier (also known as the Green Line) that has been dividing Nicosia into two since the Turkish invasion in 1974. We then drive towards Troodos Mountains and we stop at Kakopetria, a well-preserved village with traditional picturesque houses dating back to the 14th century AD. In Kakopetria you will get the chance to walk around the quaint little village and mingle with the friendly locals.

Driving towards the top of Troodos Mountains, where the forest stretches as far as the eye can see, we stop at Troodos Mountains Square where free time will be given for lunch (optional extra). 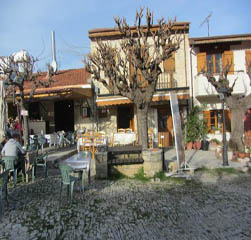 - pick up from your hotel in Protaras, Ayia Napa or Larnaca 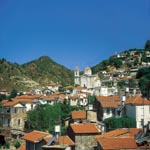